The Cup holders went out in the first round of this season, and their conquerors, Southampton, reached the Final and faced Sheffield United, on their third visit to the Crystal Palace in four years. 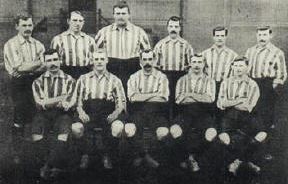 The Final for the third year in succession was a battle between North and South. Sheffield, a well-balanced and capable team, were captained by Ernest 'Nudger' Needham, a tireless and skilful player. In goal they had Foulke, amazingly agile for a man of his weight (22 stone), and the pick of the forwards was probably Bennett, their international outside-right.

Unfortunately, United had to take the field without Bennett in the replay. Inside-right Common, whose goal had earned them a draw in the first match, moved outside, and Barnes, a reserve, filled the inside position. Common adapted himself well, and to Barnes fell the distinction of notching the goal which decided the game, after Hedley's fifth-minute opener, and won the Cup for the North.

C. B. Fry, a man whose combined intellectual and athletic qualities made him one of the outstanding personalities of the day, was Southampton's star at right-back. Wood scored the late. disputed goal in the first match, and Brown kept the result close in the replay, but poor Southampton's second Final ended in failure. 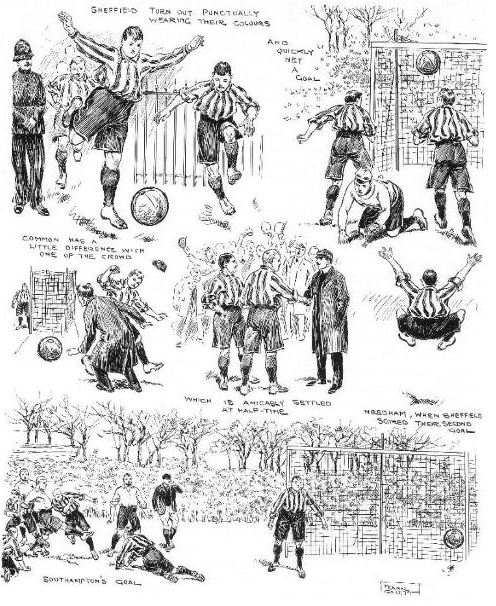