Keeping up its reputation for surprises, the Cup competition in this season saw most of the 'crack' clubs dismissed in the early rounds, the Final being left to Bury and Southampton, neither of whom were expected to get this far.

Southampton's progress through to the Final had included victories against Newcastle and West Bromwich. the latter certainly no mean feat, but their success was not complete. They failed to hold the Bury side for whom McLuckie (twice), Wood and Plant scored in an emphatic 4-0 win.

Bury had a much easier passage against Southampton than they had had in the semi-final tie with Nottingham Forest. Then they were within a minute of defeat before a last desperate effort from Pray and McLuckie altered the score from 1-2 to 3-2. 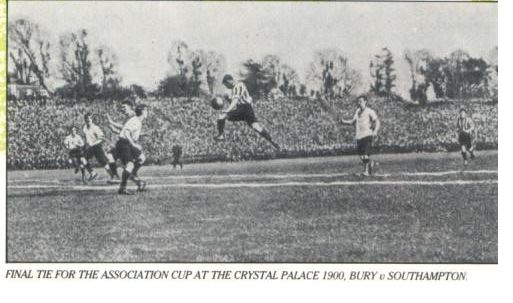 As this was the first time since 1883 that a southern club had competed in the Final, a record attendance at the Crystal Palace was expected. In fact, the crowd of 69,000 was 5,000 down on the previous year.

Southampton were a southern club in name only, for there were only two southerners in the team, and neither of those were from Southampton. Bury themselves had six Scots in their line-up. 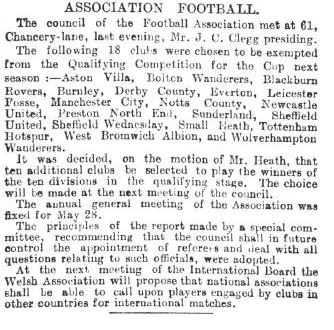